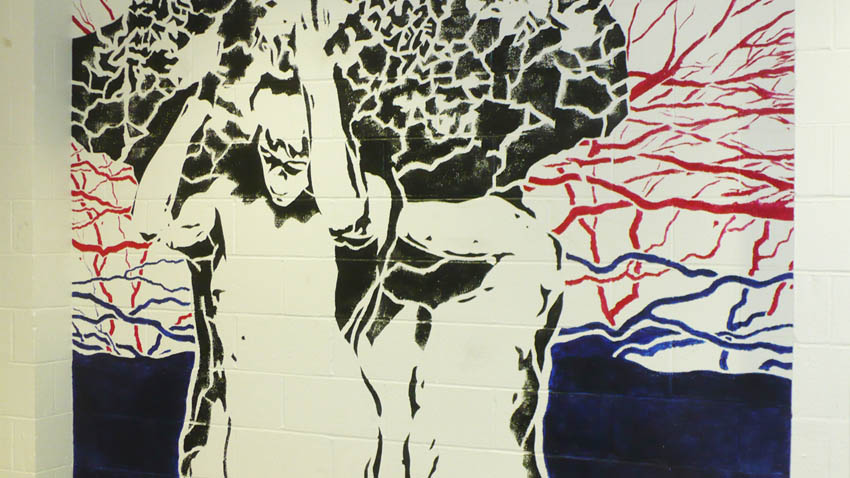 This is the “Three Bares Mural,” a large wall painting that stands about 11 by 7 feet and lives in McGill’s McConnel Engineering Building. I learned that it’s best to keep it single when working on such a large scale.

After the EUS approached me directly to paint the mural, I began a several-week process of interviewing different Engineering students about symbols that represented McGill Engineering. It was inspired by a well-known statue that is displayed in Three Bares Park on the downtown campus of McGill University. It is a symbol associated with the pride of Engineers and their ability to think through problems and work together in order to achieve extraordinary things.

It was commissioned by the Engineering Undergraduate Society of McGill University (EUS). On a pillar beside the wall, there is a plaque that reads: “Commissioned by the 2011-2012 EUS Executive, this mural was painted by McGill Artist Aquil Virani. It exists as an important homage to a celebrated symbol of pride and strength for McGill students in the Faculty of Engineering.”