Canada’s Self Portrait is a collaborative artwork about Canadian identity.

What is Canada’s Self Portrait?

Canada’s Self Portrait is a collaborative art project about who we are and what we stand for as Canadians. We (Rebecca Jones and artist Aquil Virani) asked over 800 participants from all 13 provinces and territories to fill out a one-page worksheet that included a quick drawing about Canadian identity. Those sketches were re-produced and integrated into a larger artwork that was exhibited, along with the official documentary, at the Canadian Museum of Immigration at Pier 21 on July 1st, 2016 in Halifax. The artwork won an Applied Arts Illustration award that same year after being shown as well at the Stewart Hall Art Gallery in Pointe-Claire, Quebec. 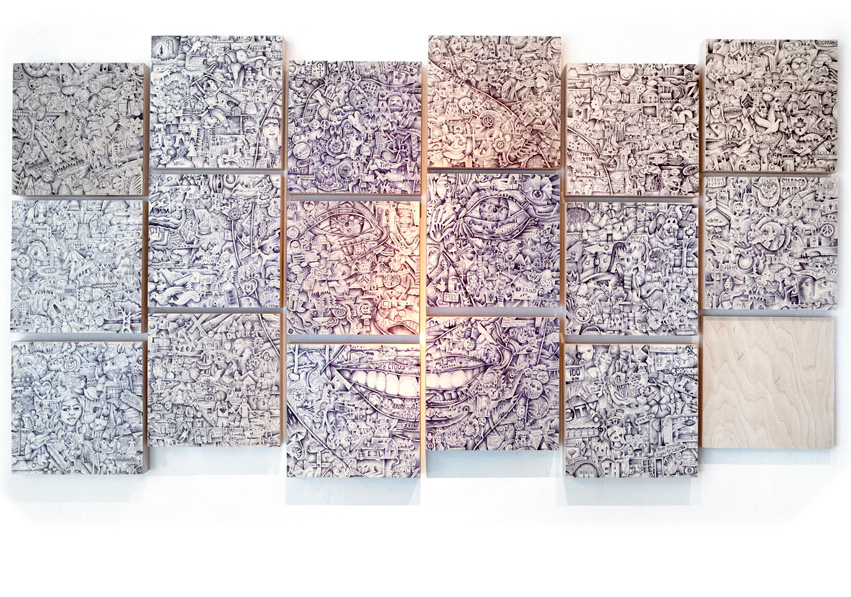 Read more about the project by checking out the online catalogue for the Geopoetics group show at the Stewart Hall Art Gallery in 2017, the coverage in the McGill Reporter, an article in Applied Arts Magazine, a radio clip from CBC Manitoba, the associated article, a blurb from Canadian Geographic, or the article in La Presse (in French).