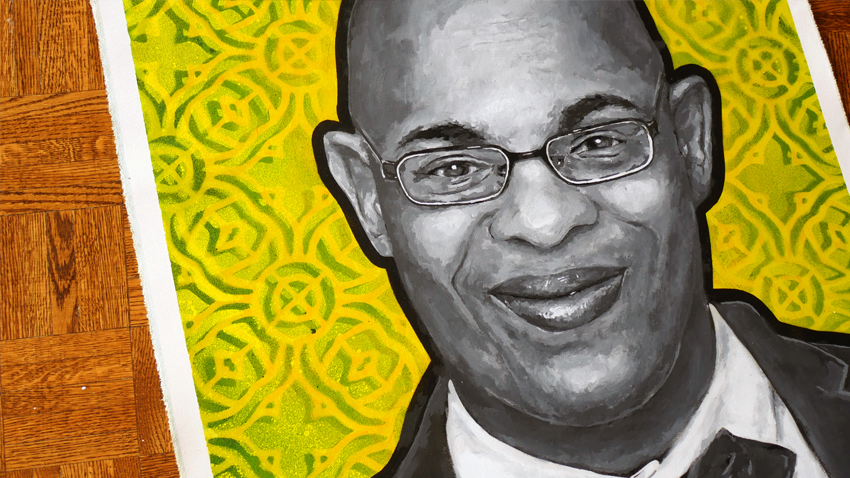 This commemorative project is an installation featuring six large-scale painted portraits of these men, created using acrylic and spray paint. The artworks have been created according to the permission of the victims’ families. A documentary featuring these artworks, created by filmmaker Adrijan Assoufi, is scheduled to be released later this year. An upcoming exhibition is also being planned before the portraits are gifted to their respective families.

This project is supported by a Creative Arts Grant from the Silk Road Institute and a Community Service Grant from TakingITGlobal and the Government of Canada.