Here are some projects from a “self-guided artist residence” in Copenhagen.

1. Trampoline House is an independent community centre in Copenhagen that provides a place of support, community and purpose for refugees and asylum seekers in Denmark.

After I spent some time in the community, the folks at Trampolinehuset asked me to combine collaborative art and activism to create wearable sandwich-board-signs for demonstrations and public activities. Constructed with the help of adults and children living in these asylum camps, the paintings’ aesthetic fits into the branding of a specific petition launched by the People’s Movement for Asylum-Seeking Children’s Futures. 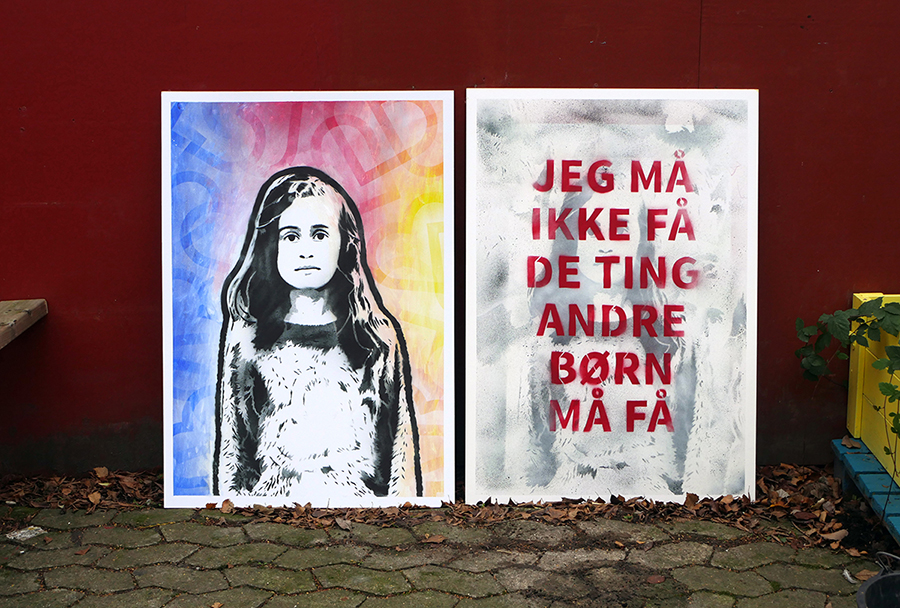 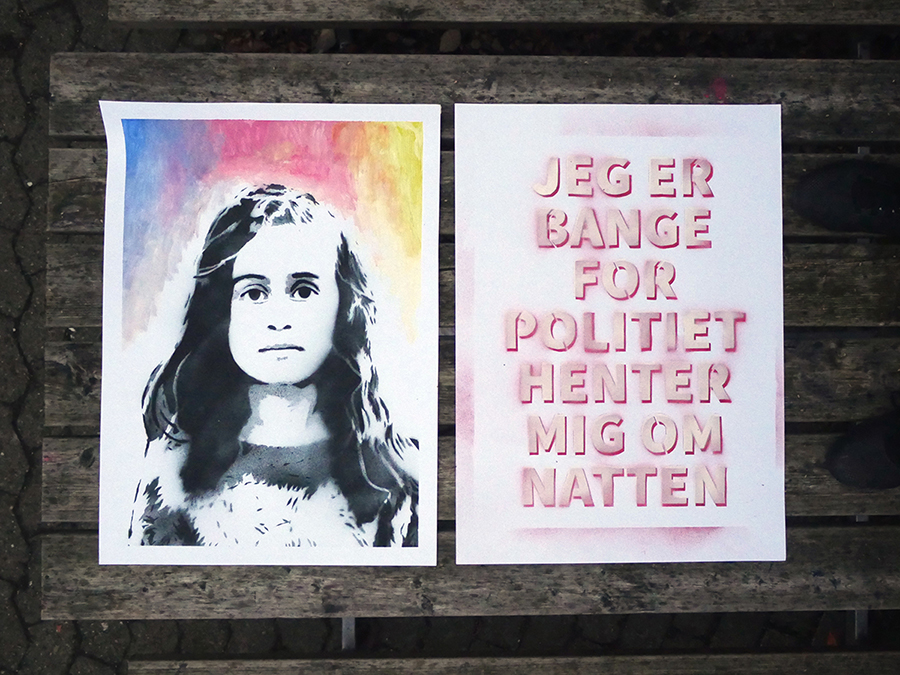 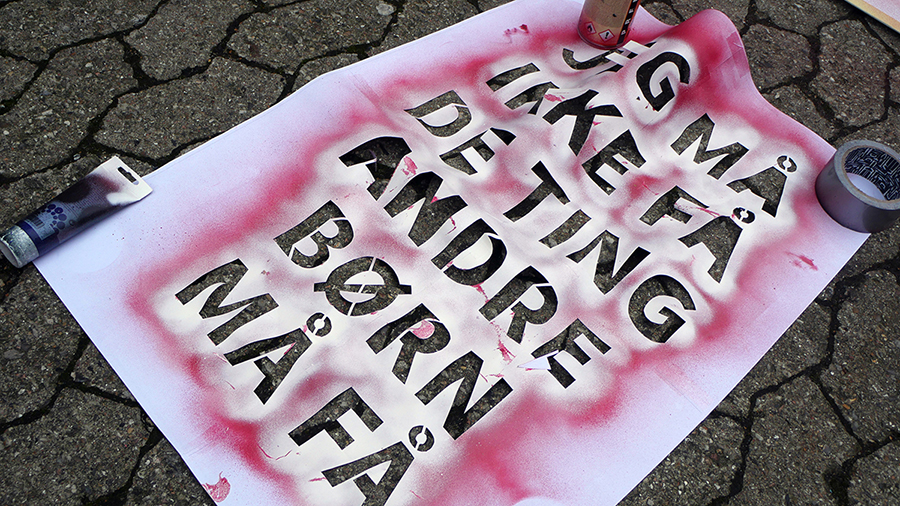 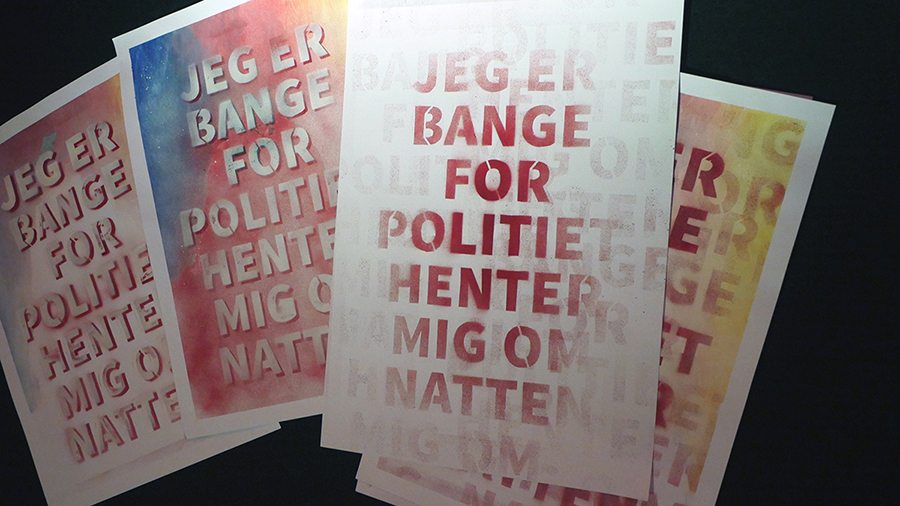 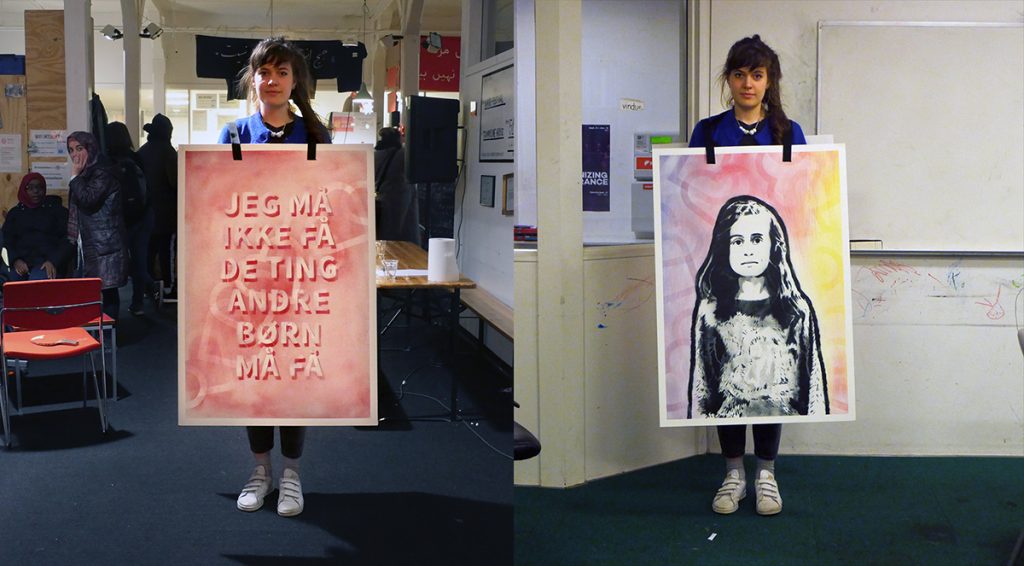 2. The Copenhagen Poetry Club is exactly what it sounds like.

I crowdsourced creative slogan ideas on the theme of “celebrating difference” from the Copenhagen Poetry Club in English and Danish to produce a collaborative drawing and a series of spray-painted prints. Left as gifts throughout the city, the artworks explored the power of a concise phrase to communicate something clear and meaningful. 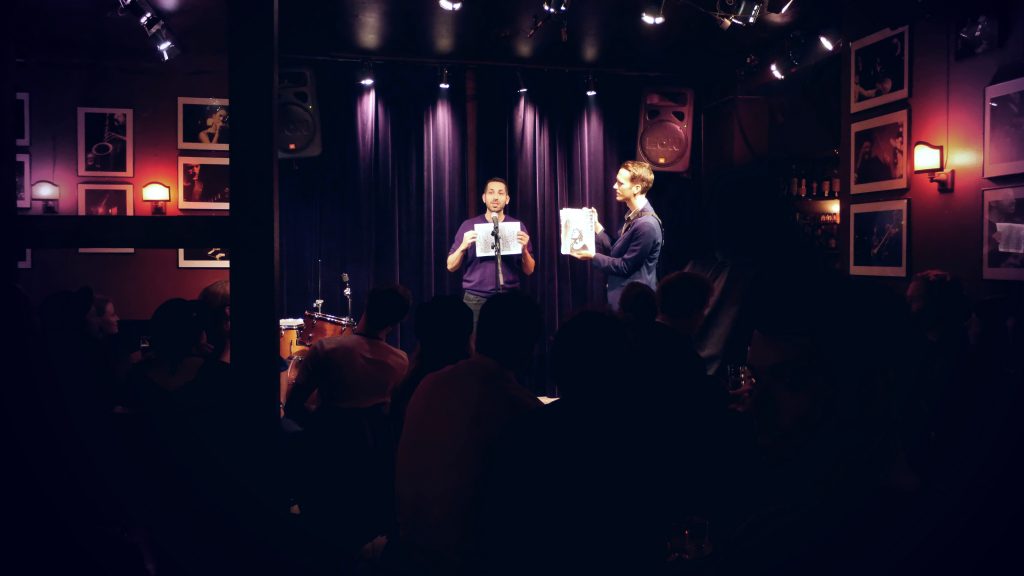 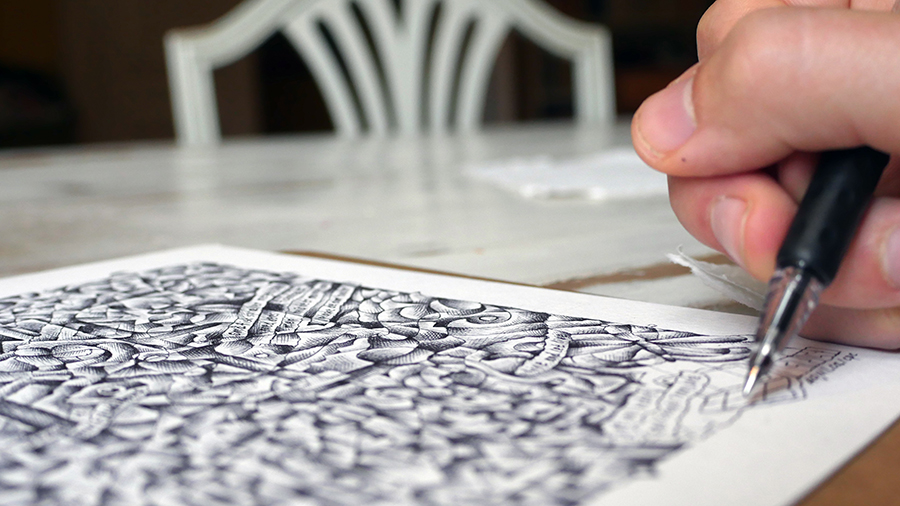 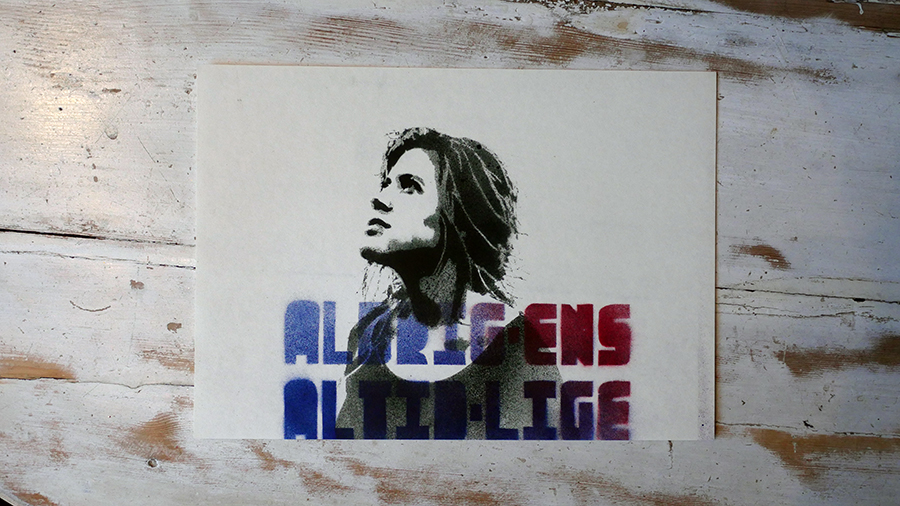 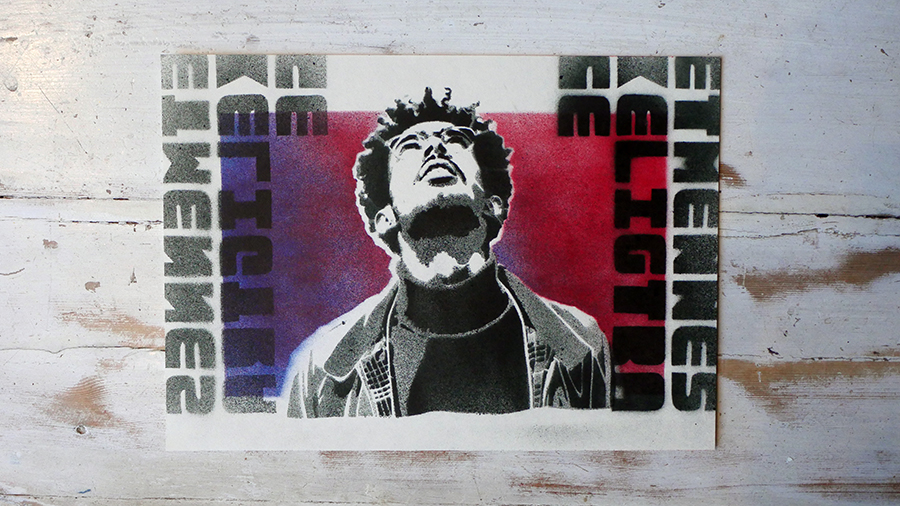 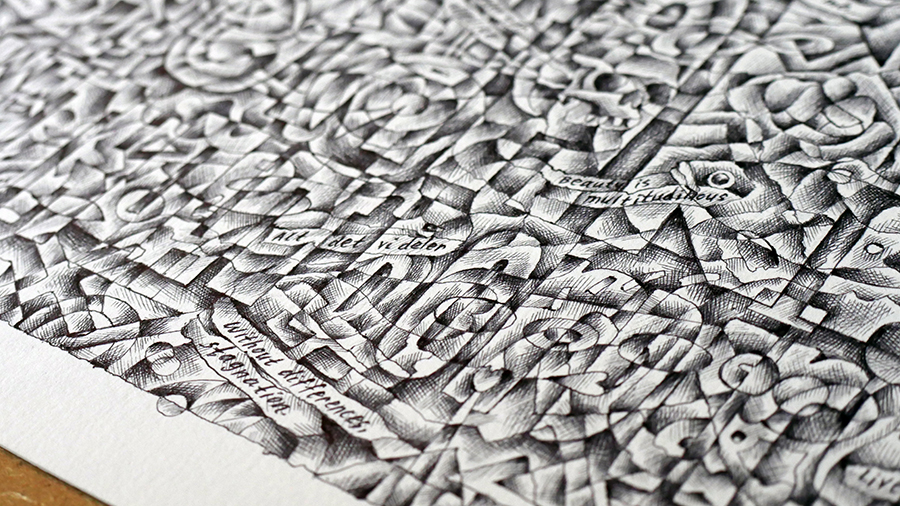 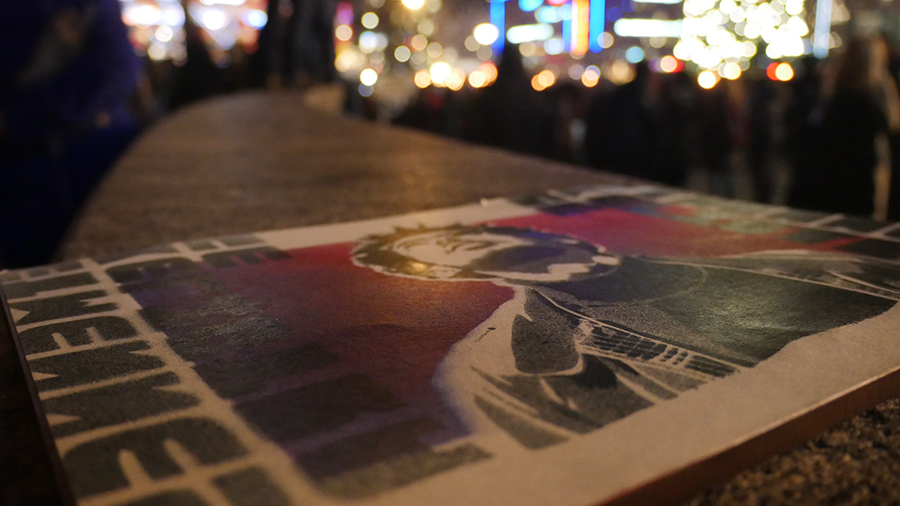 Human Library: You might have heard of this concept before.

The Human Library Organization is a leader in diversity education. Students interact with members of different communities (“books”) to learn more about different identities and life experiences. In collaboration with the HLO, I led a workshop with Danish high school students where I integrated their creative suggestions into painted book covers with titles about identity and empathy. 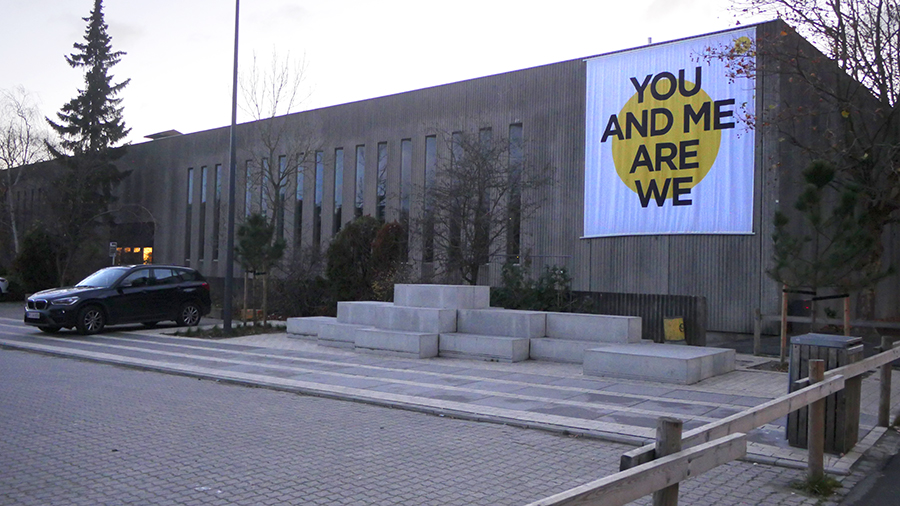 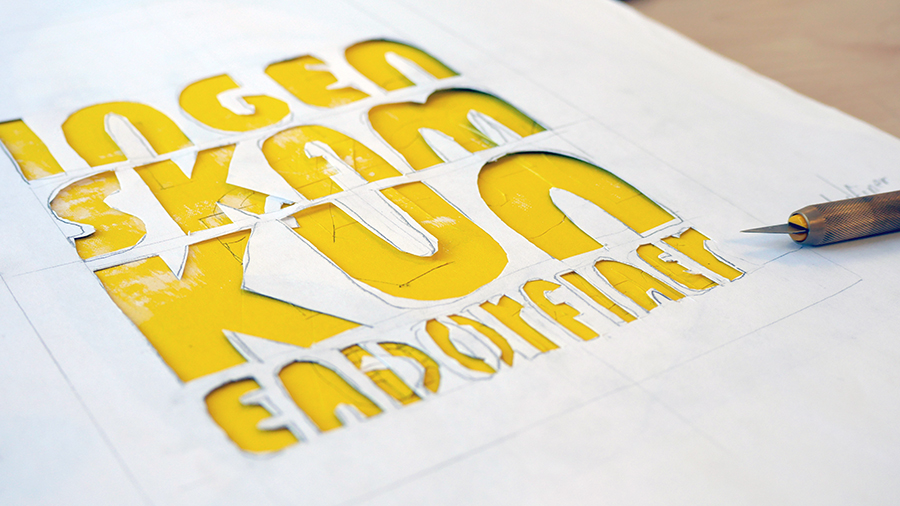 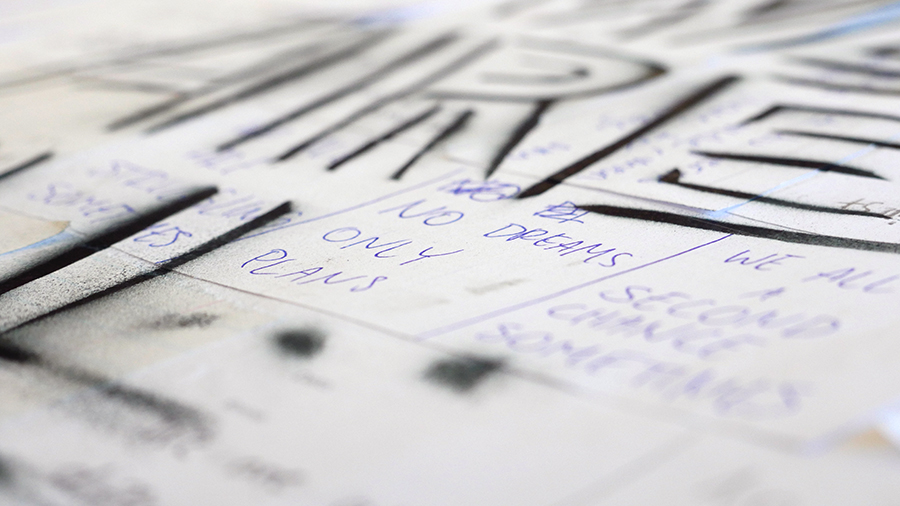 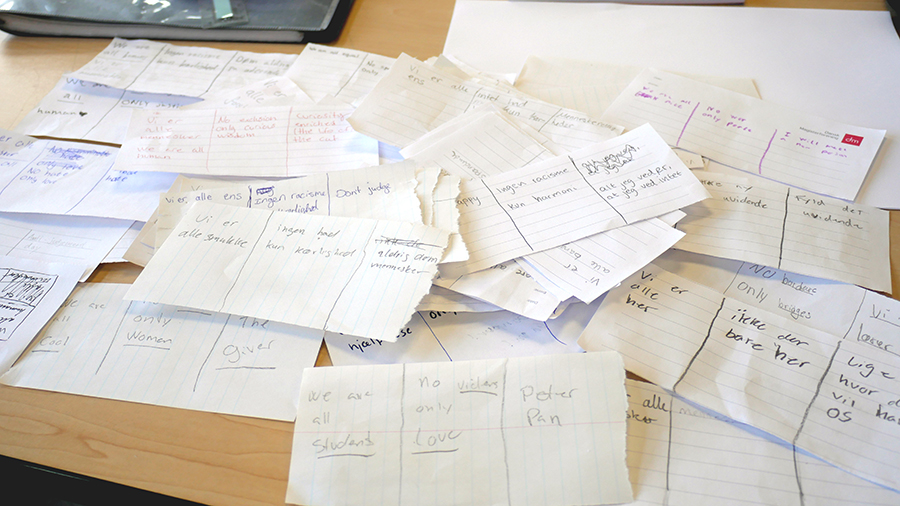 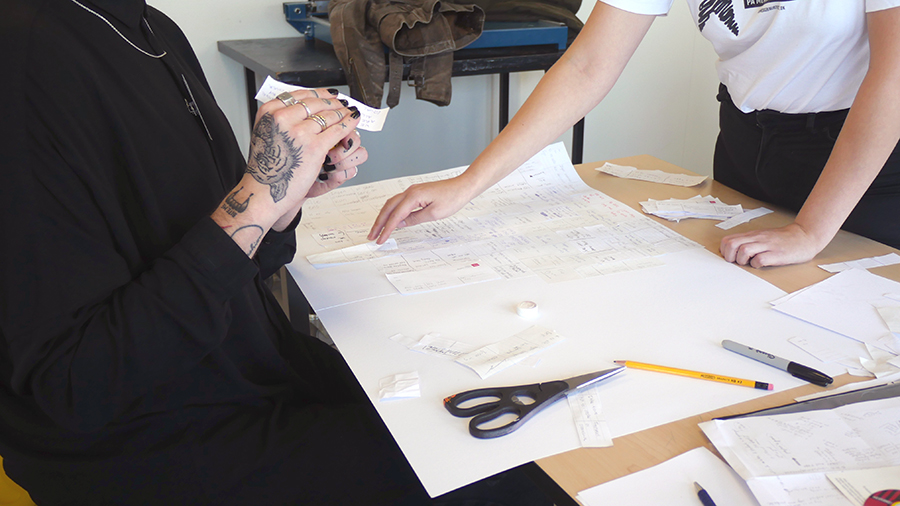 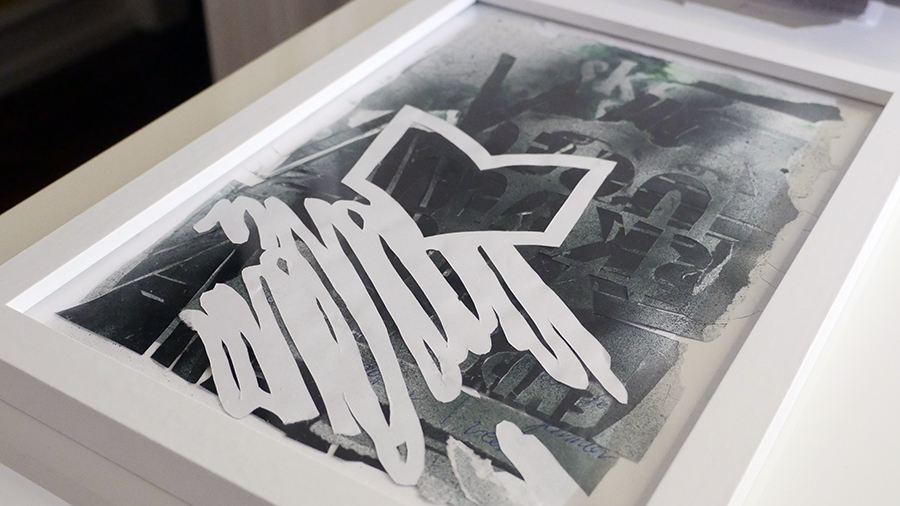 Sherin Khankan is known as “Denmark’s first female imam,” having spearheaded the building of the women-led Mariam Mosque in Copenhagen.

Born to a Finnish mother and a Syrian father, she advocates an explicitly feminist interpretation of the Qur’an while revealing often-forgotten feminist history of Islam; she also has the theological and academic rigour to back it up. Her aim is to challenge patriarchal structures within religious communities. I respect what she’s doing and wanted to honour that in some way. With a tight timeline, I dropped in the day I had to leave and was able to deliver the painting in person to her just before she officiated an interfaith marriage! 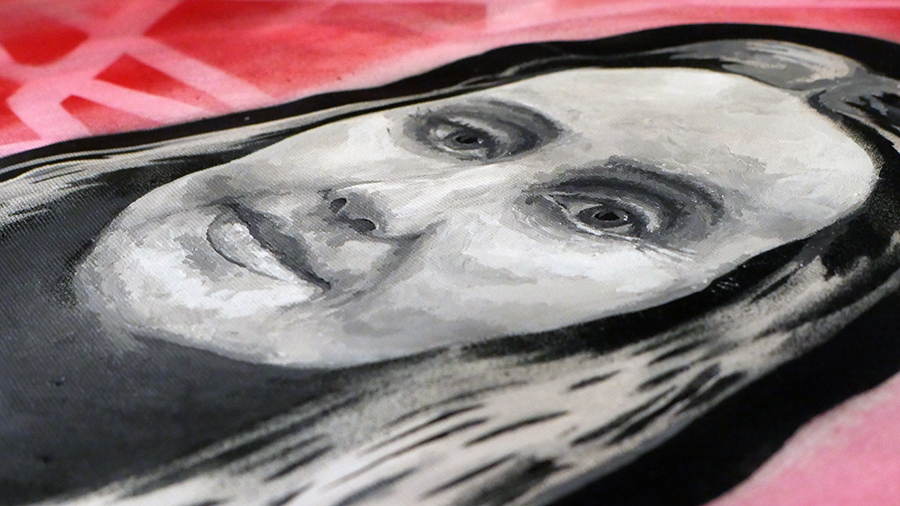 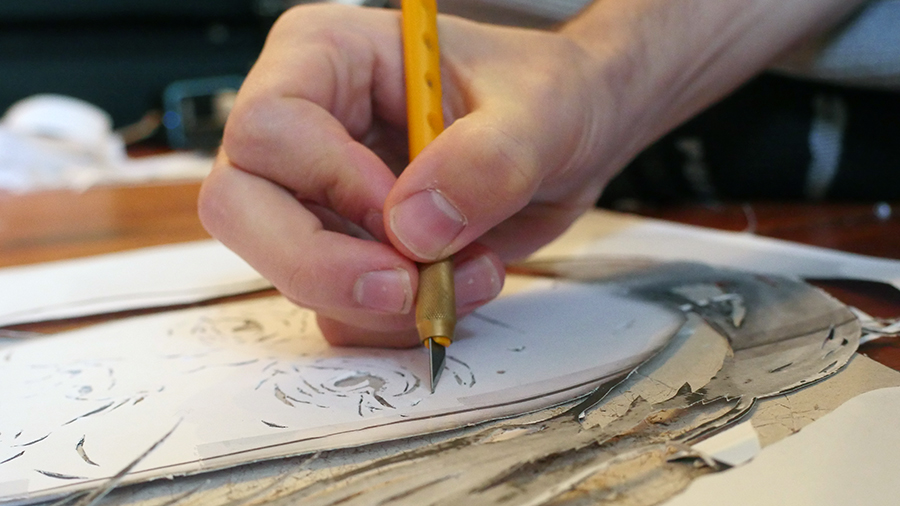 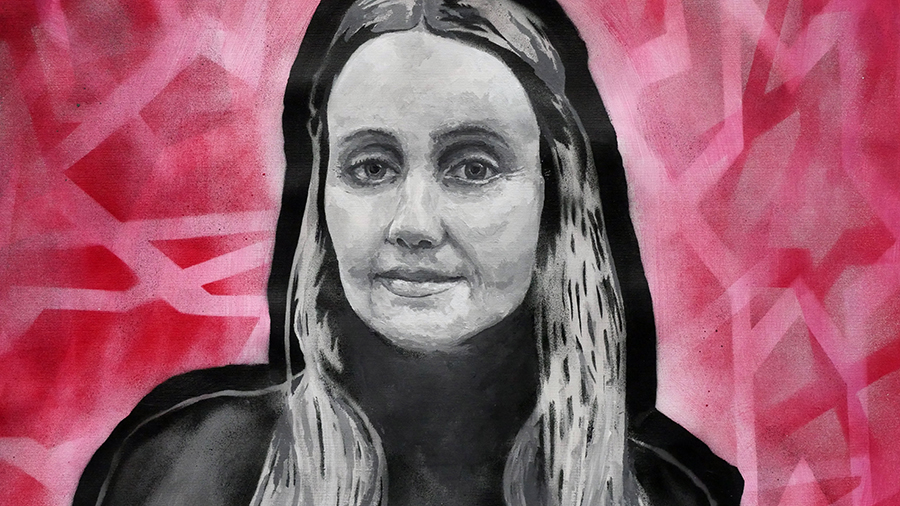 Why do artists make stuff? Often, it’s to make a point. I wrote a poem in English and google-translated it into Danish, installing it guerilla-style at various local bus stops. The writing explored themes of intergenerational belonging and national identity. The translation distorts the original in unexpected ways, illustrating the frustration resulting from an imperfect transition between languages and cultures. In the context of “integration,” if you can’t understand me and I can’t understand you, who wins? Who loses? 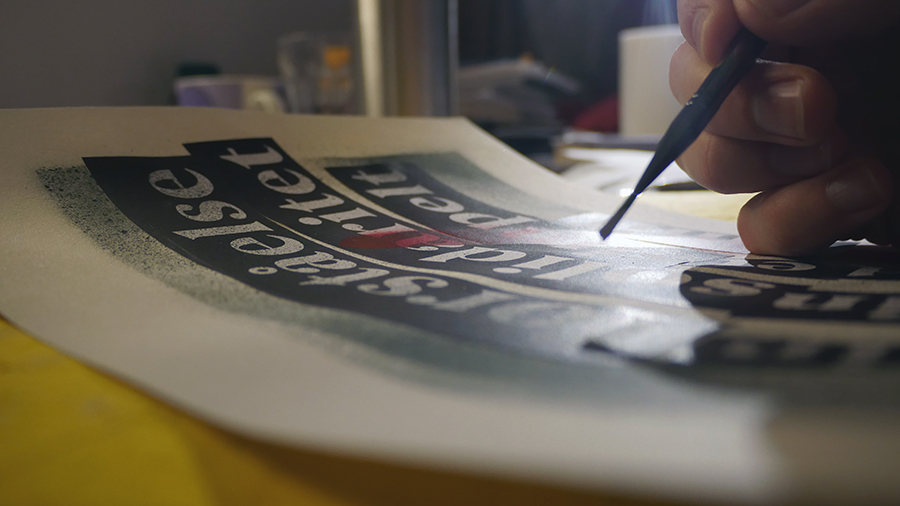 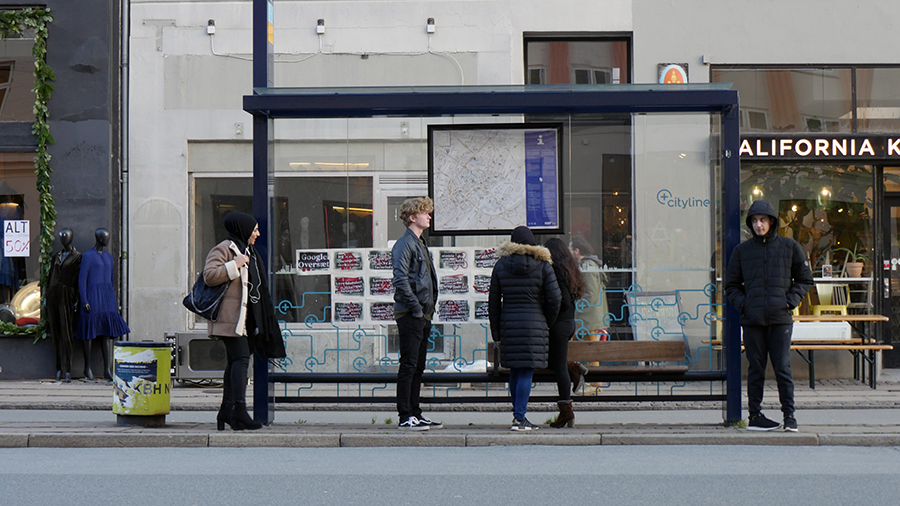 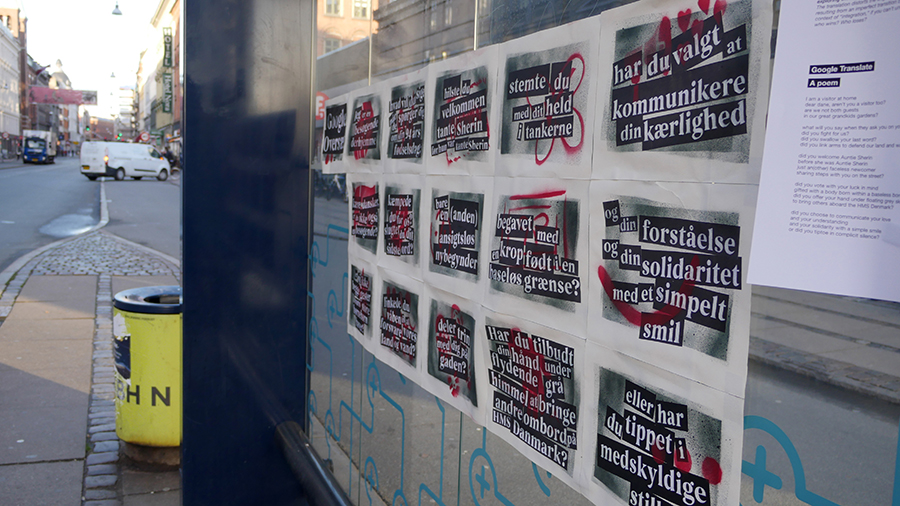 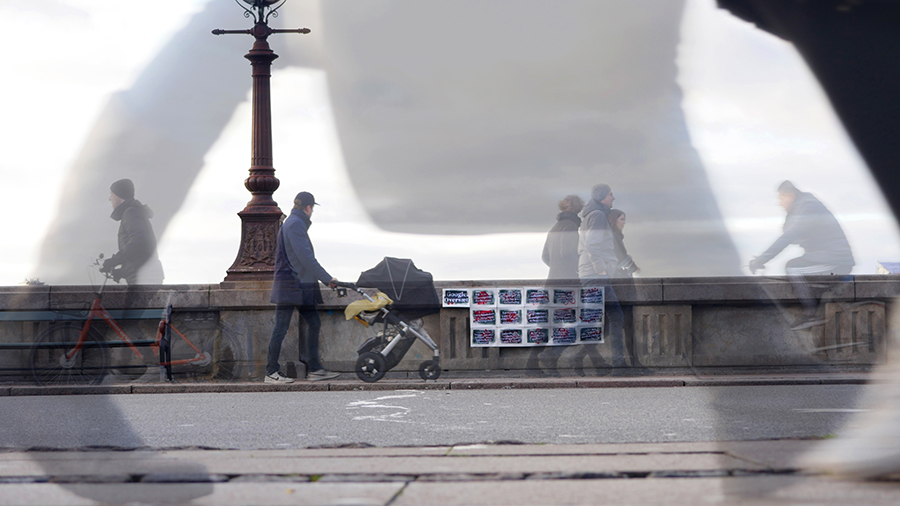 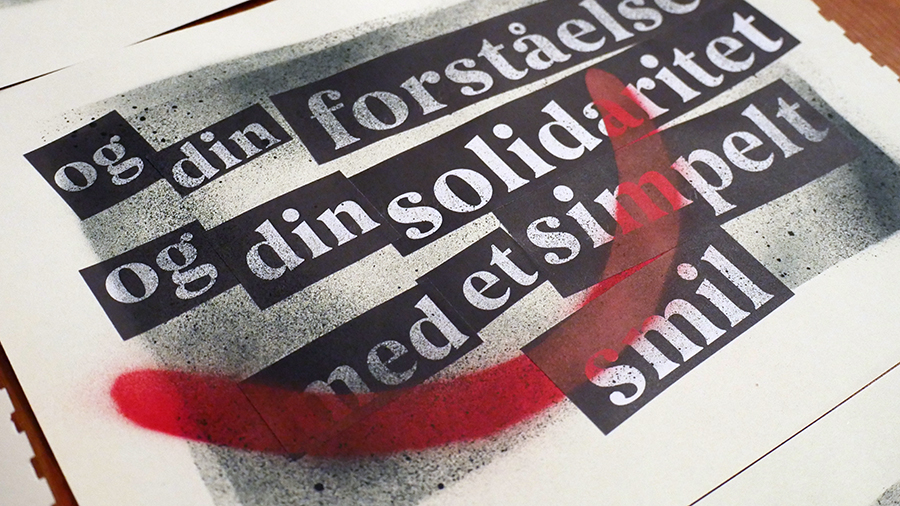 At an open mic night, I asked a volunteer to read the (broken) Danish translation of the poem and then I recited the original English version.

I was curious to see how some locals might react to the idea – whether they could empathize with the alienation or they felt insulted by what I was suggesting. The general response was positive. (Maybe those that didn’t like it just kept it to themselves, haha.) If you’re curious to read the original poem, send me an email! Thanks to Rebecca Jones for the photo. 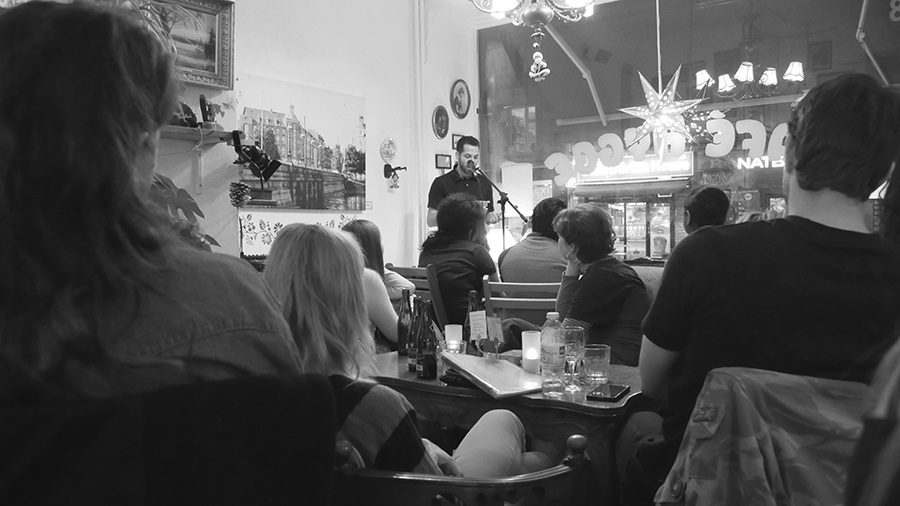